You are here: Home / Training Tips & Guides / Dog Training Methods: Should I punish my dog? 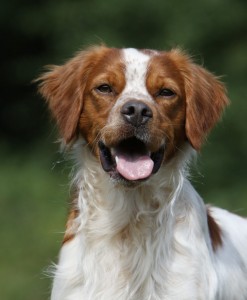 Should you punish your dog?

It is a thorny question.

When I was a child, physical punishment was a part of life.

Spare the rod and spoil the child was the rule of the day.

Both at home and at school.

If you did something wrong, you got a smack, and you probably didn’t do it again (for a while at least)

Dogs were treated in pretty much the same way.

The winds of change

Things were starting to change though, and by the early 1960s there were a few forward thinking parents using force-free child rearing techniques.For the most part, we looked down on them –  we thought that their children would all run riot and grow up to be criminals

Of course now we all know now that the reverse is true. People who were ‘knocked about’ as children, are far more likely to be aggressive and have anger management issues than people who were raised without force.

Most of us don’t hit our children any more.  And this is widely acknowledged and accepted as being a good thing.

But is it possible that the same could apply to dogs?

Or is the current trend for force free training, raising a generation of spoilt and unruly dogs?

You can read about these studies here in this article: The evidence for positive reinforcement training.

I suppose it shouldn’t come as a surprise, but for many people my age and older, it can be hard to accept that all those years of scruffing and slapping dogs, might just have been a huge mistake.

But hang on a minute!

It’s all very well saying punishment causes aggression, but most dogs aren’t aggressive even when punished.  And an untrained dog is a liability and even potentially dangerous.

So we do need to get dogs trained don’t we?

Dogs can’t be reasoned with like children.  You can’t ‘put your dog on the ’naughty step’ can you?

What are the alternatives?  If punishment is taken out of the equation, are we left with the reality of bribing our dogs to be good, or keeping them on leads when we go out?

It is still incredibly common for people to assume that force-free training simply means managing a dogs behaviour with lures or bribes.

Your dog won’t come back when you call?  Just wave a piece of chicken under his nose.

This is not a helpful strategy for any dog owner to adopt.

Bribing is a way of ‘managing’ behaviour.  And not a very good way.

Much of the time, the dog  is either not going to be near enough to you to be influenced by your ‘meals on wheels’ approach, or not hungry enough to abandon his own form of amusement in order to sit down to a three course lunch.

Bribing, fortunately, has nothing to do with training, and we need to be very clear on the difference between managing and training a dog.

There is a place for managing a dog’s behaviour – there is an equivalent to ‘the naughty step’ or ‘time out’.  But training, is a huge part of teaching a dog to behave a appropriately, and training without force is a very different process from training with force.

The alternative to training with punishment is of course training with rewards, or ‘reinforcement’ to be more precise.  Reinforcement being any consequence to a dog’s behaviour that makes that behaviour more likely to occur again in the future.

Most dog trainers reinforce good behaviour with food because this is an portable reward, and quick to deliver to the dog – it only takes a second to swallow a tiny piece of food which means you can fit lots of training repetitions into a single session of a few minutes or so.

Later on, in more advanced training, rewards are often opportunities to engage in different behaviours.  But in the initial stages in training, food features in a pretty big way.

For those people that are still training using force or intimidation, switching over to positive reinforcement training is quite a leap.  Many are wary of food rewards, for example, which they confuse with bribes.

Fortunately for dogs, and despite their reservations, more and more forward thinking people are making that leap every single day.

For most of them, there is one concern that ranks above all others.  And that is whether or not these new methods actually work.

Is training with food effective?

The evidence for the effectiveness of force free training is now substantial.  It’s a whole topic in itself, so do drop into my article on the subject  (link above ) if you are interested.

You’ll find links there to other interesting sites, which feature a history of the development of force free animal training techniques, and other fascinating topics.

Are there any advantages to force free training

So, force free training is less likely to cause aggression in a dog.  And it is effective.  We know this.

You can train a dog to a high standard without using any force.  Youtube is full of videos of dogs being trained, and performing in distracting environments during or after force free training.

But are there any other advantages?

Force free training does more than just reduce the incidence of aggression.  It also increases the reliability of the trained behaviour

That’s right.  Dogs trained without force are far from unruly.  In fact one of the studies described in that evidence page I linked to above, shows that they are more obedient.  Not less

In the light of this evidence, it is therefore not quite so surprising to note that when the USA guide dogs association switched from traditional methods to force free methods, their pass rate increased from 50% to 80%

One of the first things you will notice if you switch to force free training from traditional methods, is that establishing new skills or behaviours is much faster.

Proofing can take a little longer, but because you have such a head start with early behaviours, and because you can train at such an early age,  this is not a disadvantage overall.

What does the future hold

There are still some traditional trainers out there swearing by the use of punishment and proclaiming that dogs trained without force are unruly and badly behaved.

They are probably not going to change, because they aren’t listening to anyone who has a different viewpoint and they aren’t interested in learning.  But these intransigents are in the minority now.

For the most part, dog trainers have switched, or are switching, en masse to positive reinforcement training

Should you punish your dog?

OK, but these are professional trainers, they have the knowledge and skills to use these modern techniques.

What about the ordinary dog owner?

Won’t my dog benefit from the occasional telling off?  Shouldn’t he know his place?  Let’s have a look

Like any new skill, there is a certain amount of language or terminology which may seem unfamiliar at first. Newcomers to dog training have no difficulty mastering these skills or learning the language.

Traditional dog trainers sometimes struggle if they have not genuinely overcome their objections to dropping the whole punishment thing.  And may sometimes feel resentful about having to learn new skills or new terms.  This is usually only the case when they are not convinced of the benefits of force free training

What about my dog’s place in the family?

We now know that dominance or status is of no interest whatsoever to the average dog.  Dominance theory is dead.  Check out this article for more information on this topic.

It is your choice.  But the general consensus is that punishing your dog is not such a good idea.  The disadvantages are just too great.

Read the article on this page: The downside of punishing dogs  to find out more about the disadvantages are of using punishment in dog training.

Most dogs in the UK are now being trained using modern, science based methods.

Most service dogs are now trained without force. Most professional trainers are using force free methods.  Ask yourself why this is.

Check out the evidence using the links above.  Give yourself time to let the information sink in, then give it a try

Give it a try

Some people find it easier to make the switch gradually,  trying out one new skill at a time.

It can be helpful to teach your dog something that doesn’t really matter, how to turn in a circle for example.  Something pointless that won’t put you or him under pressure.

Make sure you do the whole thing using positive reinforcement training only.  Don’t touch the dog, don’t put a lead on him or give instructions.  Just see if you can train a brand new behaviour using only an event marker and rewards.

Pretty much everyone who tries this, simply loves it.

You can do it

Many professional dog trainers are younger trainers who have never trained any other way. Many older trainers are people that have crossed over from more traditional methods.

It is interesting to note that there are thousands of these crossover trainers.  Yet there is a distinct absence of traffic moving in the opposite direction.   No-one wants to go back to old methods once they have crossed over to the new.

Some cross-over trainers are now completely force free , some are not quite there yet.  But what they all have in common is that they are interested in learning, and in developing as trainers.

If you are interested in learning about your dog’s behaviour and in  training your dog without force don’t let the naysayers put you off.  They are stuck in the past, you and your dog are living in the present.  The evidence is overwhelming.

Force-free training is fun, effective, and its the future.

So jump on board, give it a go, and enjoy your dog!  Let us know how you get on in the comments box below